LINE MAN, Thailand’s leading on-demand platform, unveiled the “Fun Facts 2022”, announcing the food trends of over 10 million Thai users who placed orders from more than 700,000 eateries throughout the year.

A single word or image on social media from celebrities can ignite an overnight frenzy. Restaurants experienced a skyrocketed demand. This year’s winners of ‘Soft Power’-inspired menus are:

“Som Tam,” the bestselling of the year with over 6.8 million plates ordered.

Som Tam is the most-ordered dish of the year, with over 6.8 million plates delivered (January 1 – November 28, 2022), which is enough to serve every household in Thailand’s North-Eastern region. Som Tam Pu Plara, Som Tam Paa, and Som Tam Thai are the three most popular Som Tam menus, together with other Isaan dishes also ranked on Top 10 bestsellers this year.

With over 60,000 shops, and 20 minutes fast to deliver the goods, LINE MAN MART can serve users’ immediate demands. The top five most ordered goods are forgotten or urgently needed products, which include phone chargers, sanitary napkins, condoms, artificial tears, and pregnancy testing kits.

LINE MAN’s messenger service, express delivery, document delivery, and invoicing service, has already expanded to 77 provinces across the country. Pattaya, Chiang Mai, Songkhla, Kanchanaburi, and Khon Kaen have the largest number of messenger users in each region. The top user of our messenger service used it as many as 6,142 times.

LINE MAN TAXI revealed Bangkok’s outskirts are among the most popular drop-off destinations.

Business district regions with offices and dense communities are among the most often requested taxi destinations. At the same time, residential areas such as Bang Phli District in Samut Prakan, Chatuchak District in Bangkok, and Muang District in Nonthaburi are the most popular drop-off destinations.

In addition to the Fun Facts 2022, LINE MAN has launched a new feature that allows you to go back in time and see what you ate in 2022. Over 10 million users will be able to revisit their most frequently ordered favorite foods or personal eating styles, as well as many of their best of the year. Browse through the new feature today at: https://lineman.onelink.me/1N3T/xtcwv2ha. 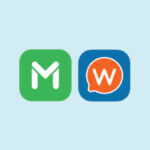